How the garden came about

A few locals were interested in starting a garden in early 2010. We asked the local church if we could use some of their land as it’s such a central area in The Valley. They have a paddock where they grow Xmas trees as a fundraiser and had a boggy area that the trees didn’t like, so offered it to us. There were about 12 of us involved in planning originally and we decided to have plans drawn up for the garden on a time-share basis with a landscape architect. Meanwhile, we did a bit of fundraising… then the quake hit. The few of us left decided to forge on and had a couple of working bees – including one where the Genesis/Red Cross Neighbourhood Muck-In team came for 5 hrs from Dunedin and helped build the first raised bed – 4 out of bricks salvaged from the Historic Heathcote Valley Inn that came down in Sept 2010. We now have 9 large raised beds and have just started planting some fruit trees. The land is still boggy, but the church is getting a drainage plan done and this will help over the next few years. 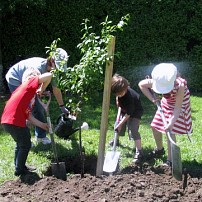 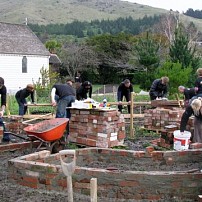 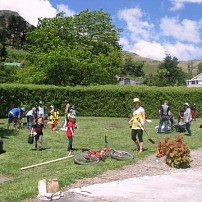 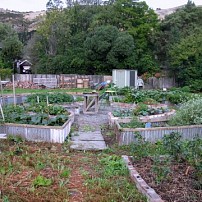 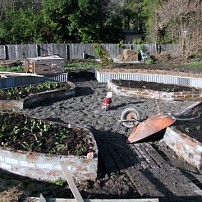 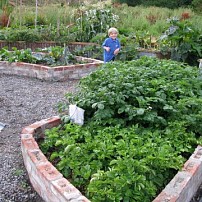 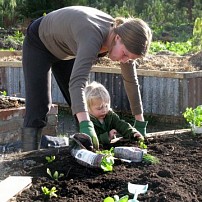