Other than that people tend the garden at random times

An Nur Mosque community Garden has been ticking along since the mosque's inception.  But post March 2019 there has been a renaissance in community spirit amongst many Muslims.  In late 2019 members from the Au Nur Mosque reached out to other Community Gardeners around Christchurch and asked for assitance to get their garden going again.  From that point our garden has been a magnet for humans and (bees).

Vegetables from the garden are usually given out to our prayer goers, usually on a Friday. 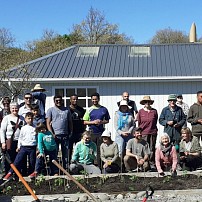 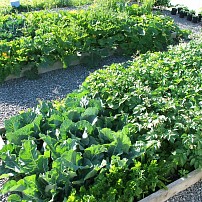